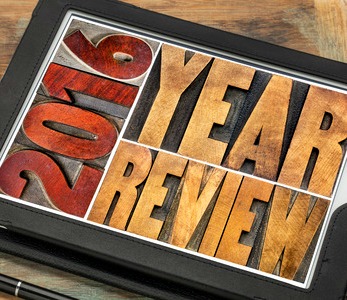 Top 10 notable developments in the marijuana industry from 2016.

By Omar Sacirbey and Bart Schaneman

In the annals of marijuana history, 2016 will most certainly stand out as a watershed year for the business of cannabis.

From huge wins on Election Day and a flurry of investment activity to big courtroom victories and recreational legalization momentum in Canada, cannabis made headlines in the U.S. and globally throughout the year.

Here are 10 of the biggest cannabis-related developments we covered in 2016:

About 20% of Americans now live where adult-use cannabis is legal. And about 60% reside where MMJ is legal. The developments could lead to $7 billion-$8 billion in additional annual retail cannabis sales, according to Marijuana Business Daily’s preliminary estimates.

True, Trump has said he supports medical marijuana and sees legalization as a states’ rights issue. But he’s also spoken critically of the recreational marijuana industry.

Moreover, Trump nominated Alabama Sen. Jeff Sessions, an anti-marijuana crusader who could restart raids against marijuana businesses and rip up Obama-era Justice Department memos that essentially allow state-legal MJ programs to operate without legal interference from the feds. Only time will tell the Trump administration’s position.

Ballot measures weren’t the only way marijuana was legalized in 2016.

State legislatures in Pennsylvania and Ohio passed medical marijuana laws that were readily signed by their respective governors, illustrating how MMJ has become an issue increasingly supported by the public and embraced by politicians.

Pennsylvania and Ohio – the sixth and seventh most populous states, respectively – are also notable because neither program will allow flower, showing that politicians feel they still must tread slowly with cannabis.

It’ll be worth watching if these markets can attract enough patients without flower to be sustainable.

Michigan lawmakers also passed laws this year establishing a statewide regulatory system for its long-standing MMJ industry. And Louisiana legislators created a workable MMJ program, positioning the state as a medical cannabis beachhead in the South.

The past year saw several mainstream companies either enter the cannabis sector or at least kick the tires.

The most notable names were Microsoft, which partnered with the ancillary cannabis firm Kind Financial, and Google, which reportedly put out some feelers to determine how it could help the industry.

While big mainstream firms have been working on some level with marijuana-related companies for years, the difference in 2016 is that some of these companies – like Microsoft – publicly acknowledged it.

Perhaps the most visible and aggressive mainstream company to jump is Scotts Miracle-Gro.

Jim Hagedorn, CEO of the iconic lawn and garden company, aims to invest $500 million in the cannabis industry, and has already completed key acquisitions. For its part, Arrow Electronics, a Fortune 150 company, has teamed with a marijuana-related business.

Liquor giant Constellation Brands, meanwhile, has voiced an interest in marijuana-infused beverages, and more investment banks are eyeing the sector. In fact, Cowen & Co., a mainstream investment bank, is now following the cannabis industry, predicting it could balloon to $50 billion over the next decade.

All this could be “for the better” because it means the marijuana stigma is receding in corporate America. But it could be “for the worse” if these large companies push out smaller entrepreneurs or negatively change the industry’s culture.

When the U.S. Drug Enforcement Administration said in April it would decide whether to remove marijuana from its list of most dangerous drugs, industry professionals waited months for what they hoped would be an easing in federal cannabis laws.

When the DEA did make an announcement in August, it was only to say that marijuana would remain a Schedule 1 narcotic.

On the plus side for the industry, the DEA also announced it would allow more entities to grow cannabis for research purposes. Currently, only the University of Mississippi has federal authorization to grow marijuana.

6. Canada positions itself as first G7 nation to legalize rec

Canada moved a step closer to fulfilling Prime Minister Justin Trudeau’s promise to legalize recreational marijuana in 2017 when a task force made more than 80 recommendations about how the Group of Seven nation should go about it.

In his bid to keep cannabis out of the hands of children and off the black market, Trudeau plans to introduce legislation in the spring.

Analysts estimate that by 2021, Canada’s legal adult-use cannabis market could have some 3.8 million consumers and sales of 6 billion Canadian dollars ($4.5 billion).

The Last Frontier saw stores open with a few hiccups, though public interest wasn’t among the issues.

By the end of November, more than 60 cannabis business licenses had been issued, 29 businesses were operational and demand was outpacing supply.

Industry watchers expect the bumps to get smoothed out as the market develops. The state’s adult-use market is expected to hit between $25 and $50 million in sales in the first year stores are open, according to the Marijuana Business Factbook 2016.

Federal courts in California registered big wins for the cannabis industry, including cases involving the federal government’s asset forfeiture tactics. The victories had significant implications for the rest of the industry.

In May, Harborside in Oakland set the precedent by winning an asset forfeiture case brought against the dispensary by federal prosecutors four years earlier.

In August, a federal appeals court in California ruled that the U.S. Department of Justice can’t spend money to prosecute cannabis businesses that comply with state laws. The 9th U.S. Circuit Court of Appeals in San Francisco ruled that the DOJ must comply with the Rohrabacher-Farr Amendment, which Congress first adopted in December 2014. It prohibits the DOJ from spending federal funds to interfere with the implementation of state marijuana laws.

Then, in November, a federal judge tossed out the last remaining action against a California dispensary – and took it a step farther. The case against Berkeley Patients Group, which had dragged on for three years, was dismissed with prejudice, meaning the DOJ can’t use that tactic again. The ruling also means all four federal cases filed against California dispensaries were defeated.

While the banking industry, for the most part, remains wary of marijuana, deep-pocketed investors see it as a smart play, as evidenced by Tuatara’s ability to raise 16% more than its original $80 million goal.

The news was hailed as a major breakthrough for the industry.

Washington state’s marijuana industry appears to be evolving into a singular cannabis market, with almost no distinction between medical and recreational.

That’s the apparent outcome so far from the state’s move to merge its previously unregulated MMJ market with the heavily regulated adult-use businesses that materialized after voters approved rec in 2012. The merger occurred July 1.

Since then, the state’s MMJ industry has struggled to stay afloat. The number of patients signed up to purchase medical marijuana has dropped sharply, partly because an MMJ card wasn’t much of a money saver. And several businesses opted out of medical cannabis when it became apparent that adhering to the requirements wouldn’t pay off.